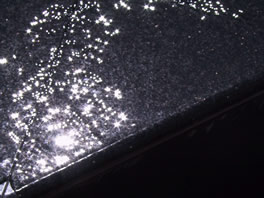 In physics, an understanding, however incomplete, of some key aspect of a system generally precedes modeling. The situation is more convoluted in systems biology, as no amount of staring at any of its iconic interaction hairballs might bring about that initial understanding. Modeling, then, may have to precede understanding in order to bootstrap it. The criteria that establish a good model in physics — insight, elegance, conciseness, fruitfulness — are not available in that case. Rather, we require that a good model be at least one that is a transparent, formal and executable representation of the facts it rests upon. The drawback is that once we have achieved such a model, and despite knowing all its ingredients, we still need to rationalize its behavior. A model consisting of a large number of interactions is like an empirical object in its own right. Given an infrastructure for producing models of this kind, the theoretical and computational challenge becomes one of extracting explanations (on the basis of which the model might be simplified).

We helped define and implement a rule-based approach to making such models. Empirical characterizations of interaction capabilities of proteins are expressed as abstract rules in a formal language that hides the microscopic details justifying them, much like the symbolic representation used in chemistry.

The rule-based approach consists of:

The Kappa language is an attempt in this direction. It is developed and implemented in partnership with theoretical computer scientists, software developers, and visualizers.

Signaling. We apply Kappa to study combinatorial complexity of scaffolding in signaling, specifically in the Wnt system. This effort also triggered an interest in the statistical mechanics of assembly equilibria.

Organic chemistry. The formalism of Kappa is inspired by chemistry but was developed with molecular biology in mind, where "atoms" are proteins and "molecules" are complexes of proteins. In collaboration with the architects of Mød — a graph-rewrite formalism tailored for organic chemistry — we are exploring how to extend the analysis of causality developed in the context of Kappa to systems chemistry.

Evolvability. Evolution is fueled by heritable variation and propelled by natural selection, to the extent that selection can discriminate among variants. Yet, there is a sense that answering the question about the causes of evolution is different from answering the question about what causes the outcomes of evolution. The latter is about why living systems are the way they are, not why they won a competition. Mutations are random, but their phenotypic consequences are not, and so we need to know how mutations map into phenotypes. The reductionist triumphs of biophysics, biochemistry, and molecular biology have put us in a position to revisit these questions more forcefully. In past work, we uncovered a connection between plasticity (roughly, the environmentally induced change of phenotype at constant genotype) and variability (roughly, the mutational change of phenotype at constant environment) in the special case of RNA secondary structure models. A similar connection has also been hypothesized for developmental processes. It may ultimately correspond to a general insight from the theory of dynamical systems, that those directions an attractor (a stable dynamical configuration) moves most in when parameters are varied (analogous to “genetic variability”) correlate with the directions that are softest with respect to perturbations of the dynamical variables (analogous to “plasticity”). We are investigating how Kappa models could be used to revisit these old questions in new ways.

The coupling of network growth and dynamics

Many systems can be modeled as growing networks. For example, the internet, social networks, polymer assembly, and the developing brain. A growing network is a network whose structure is a function of time. This establishes a dynamics of the network. Yet, while a network grows it also "functions", i.e. it hosts dynamic processes that depend on network structure. This establishes a dynamics on the network. In certain circumstances it is well understood that a process unfolding on a network may contribute to determining the dynamics of the network, i.e. how the system grows. For example, in Hebbian learning, action potentials traveling on a neural network help shape its structure. We are interested in models that represent such a coupling and especially in understanding how these models behave as a function of the time scales that govern the dynamics on and of (one f) the network.

In past work, our lab discovered that the mortality statistics of C. elegans responds to an overwhelming number of physical, chemical and genetic interventions simply by a rescaling of time, leaving the shape of lifespan distributions invariant. This observation suggests the existence of a phenomenological description of aging, i.e. a simple equation that describes how a macroscopic state variable characterizing the resilience of an organism changes (stochastically) with time. We are interested in models that depict an organism as a network of dependencies at some lower level and from which we can derive the empirically observed regularity at a higher level upon perturbation of network parameters and structure. This takes us in the direction of reliability theory.